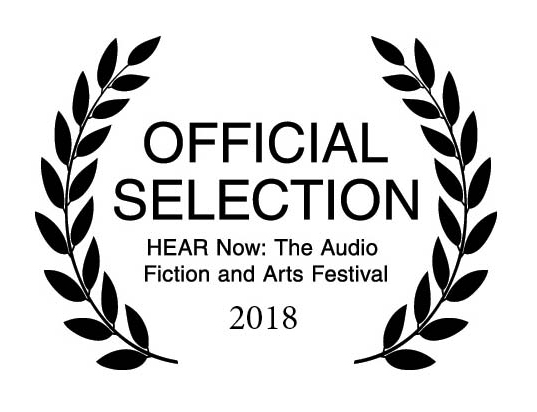 A RADIO PLAY IN 4 ACTS

“An Indie to Watch” -Radio Public

Funded in part by a 2017 Project Grant from the Regional Arts and Culture Council and the generous support of KBOO Radio and Podiant Hosting, FOUR MONDAYS is an original 4-act radio play written and produced by Sunny Bleckinger that takes place over the course of four Mondays at the last saltwater pool in 1980’s San Francisco.

Brief Synopsis (with mild spoilers!): The Crystal Plunge, last saltwater pool in 1980s San Francisco, is shrouded in steam from broken, hissing radiators. Swimmers and staff arrive to escape the constant rain and car crashes outside, to confront their personal mysteries in the murky stillness of the pool. Samuel the lifeguard pines for Anjelica, who used to spend every Monday night reading in one of the deck chairs, but has suddenly stopped showing up. Edna busies herself with crossword puzzles and aerobics, a routine she began twelve years ago to delay the onset of dementia, though she has since forgotten this and now continues out of habit. Marty sees everything but nobody listens to her, so she holds her breath underwater, attempting to emotionally reunite with her twin sister who passed away when she was young. Shannon the pool clerk luxuriates between a space heater and a fan, greeting everyone with cool professional cheer, while casually doing little about the clothing being stolen from the locker rooms. And Kasper, the newest swimmer at the pool who loves puzzles but has a glaring lack of skill for solving them, stumbles over a box of secrets in the boiler room that just may solve every mystery at The Crystal Plunge.

Cast images and bios are on the Cast and Crew page.

A zipfile of the original artwork by Yvonne Vleer can be downloaded here.

FOUR MONDAYS was premiered before a live audience at the Shout House Theatre in Portland, OR, with lighting to match the audio choreographed by Italian theatre producer Arturo Martinini.

Download / Subscribe: The show can be listened to directly from the website, as well as subscribed and listened to on most podcast platforms, including iTunes, Stitcher, PlayerFM, Radio Public and Overcast.

Interview with Sunny, by Cari Luna

Interview and stories by Sunny on “Unknown Words” podcast, hosted by Matthew Anderson

Four Mondays is a part of the Podcast Advocate Network, a group dedicated to collaboration and encouragement for independent podcasts. Learn more at PodcastAdvocate.Network

Thank you for your consideration,

“Perfectly quirky, like Twin Peaks at a swimming pool but more heart. If you love experimental New York theater like Richard Maxwell, or if you wanted HBO’s John From Cincinnati to be good, then you need to listen to this.”

“Unique voices that teeter on the edge of creepy but somehow end up charming.”

“Bizarre and beautiful and not like anything I’ve listened to before.”

“It captures people’s intimate concerns, the little thoughts that run through our heads and make us who we are. The small things we make big. It was touching and sweet and realistic while being absurdly funny.”